The gilet is an interesting piece of clothing because it’s not quite a coat and not quite a vest. And it’s this grey area which makes the gilet so appealing to so many people. Le Breve has long created clothing of all kinds, but it’s the gilet which is making sure that it reaches new heights.

What is the gilet you might ask? Well the gilet is a piece of clothing available to both men and women which acts like a coat without the sleeves. It’s very customisable, very compact, and can work in all environments and with all types of clothing. And it’s this variety which has caused sales of both men and women’s gilets to surge forward.

The gilet can be worn with any piece of clothing and with any amount of clothing, so it can be placed under a fleece or a coat during the winter to keep warm, or it can be worn over a t-shirt in the summer and be removed at will. It’s the perfect tool to combat all weathers and any sudden climate changes as it also has a removable hood; which is essential in a place like the UK which has some of the most chaotic weather in the world.

Le Breve itself may resonate with many people because it was originally created by an entrepreneur with flair and enthusiasm in the 1970s. This meant that the brand gained unprecedented success in the 1980s, mainly through its line of jeans which were charging across the world like an unstoppable force.

However, the brand did fade into obscurity somewhat which meant that a resurrection was in order. This resurrection came in the form of its new base in Gateshead, and now the north has its heart of fashion once again.

These days, Le Breve specialises in all forms of apparel from the summer categories to the winter categories, but it’s the women’s and men’s gilet which is leading the way at the moment.

Customers are invited to browse our online shop and take a look at our selection of gilets. There will surely be a men’s or women’s gilet to suit everybody because they come in a wide variety of colours, sizes, and styles.

What’s more, Le Breve is committed to providing the pinnacle of quality, when it comes to clothing, at the lowest possible prices. So our gilets are available at prices to suit everybody, no matter your financial situation. 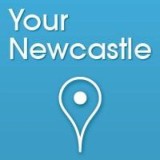 Your Newcastle provides everything you need to know about the great city of Newcastle upon Tyne, as well as surrounding areas such as Gateshead and Whitley Bay.

Look at our map or browse our website to find the best Newcastle hotels, restaurants, nightlife, as well as local businesses, blogs, web and print.